Starting the first Master of Science in Sociology in Cambodia

In 2003 the rector of the Royal University of Phnom Penh made the proposal to start a Master of Science in Sociology and Anthropology. The goal of the program was to enhance the scientific research in the sociologic and anthropologic sector, introducing skills that were still underdeveloped in the Cambodian context.
Between 2004 and 2011, New Humanity promoted 6 editions of the Master. During the first 2 years of the program, almost the totality of graduated students opted for an academic career, creating a solid basis of skilled researchers and professors within the university.
Starting from the 3rd year of the program, the main professional progression were NGOs and public organizations in Cambodia, contributing with their acquired abilities to the development of their Country.
The collaboration with Phnom Penh university ended in 2011, when the University had acquired the experience and resources necessary to autonomously organize the Masters.
Today, the faculty of sociology is still the flagshio of the Royal University of Phnom Penh.

The collaboration with the Royal University of Phnom Peng started in 1992. The legacy left by the Khmer Rouge dictatorship was still heavy: with the puprpose of deleting any bourgeois and occidental deviation, the regime had dismantled the education system at all levels. Intellectuals were the main victims of the extermination: before the regime in Cambodia there were 11.000 students enrolled in University, and only 450 survived to the regime.
In this context, New Humanity accepted a difficult challenge: restarting from higher education. A choice promoted by the Cambodian Ministry of Education itself, that asked New Humanity a support in order to relaunch the university studies in social sciences. This opened the path to a collaboration among the Royal University of Phnom Penh and various Italian and Asian university, that lead in 1994 to the naissance of the faculty of Sociology in the University of Phnom Penh. 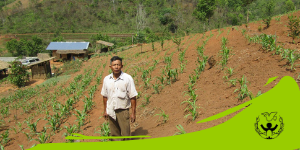 A MATTER OF NUMBERS

What happened in KENG TUNG and the near villages in 2020? Simple, it's a matter of numbers. And this was possible because New Humanity local staff managed to carry on projects of water infrastructure, training, support for families with disabled children, agriculture...

END_OF_DOCUMENT_TOKEN_TO_BE_REPLACED 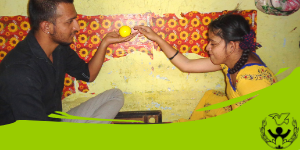 CBR: WHAT IS THIS AND WHAT HAS NEW HUMANITY TO DO WITH IT?

Since 1995 in Cambodia, 2005 in Myanmar and 2016 in India, New Humanity chose to promote inclusion of people with disability strengthenin all development’s aspects of the person inserted in its context and community. For this reason all our projects follow the...

END_OF_DOCUMENT_TOKEN_TO_BE_REPLACED 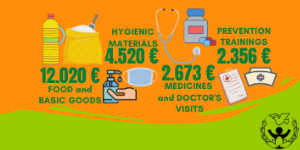 Since COVID-19 showed up in Myanmar and India, our local staff supported our beneficiaries in many ways. Covid-19 spread hadn’t only health consequences, but the biggest impact in our project’s context was the socio-economic consequence of local lockdowns....