“I’M NOT LIKE BEFORE, NOW I WANT TO LEARN”: STORIES OF CHANGE FROM NGHET AWE SAN CENTER 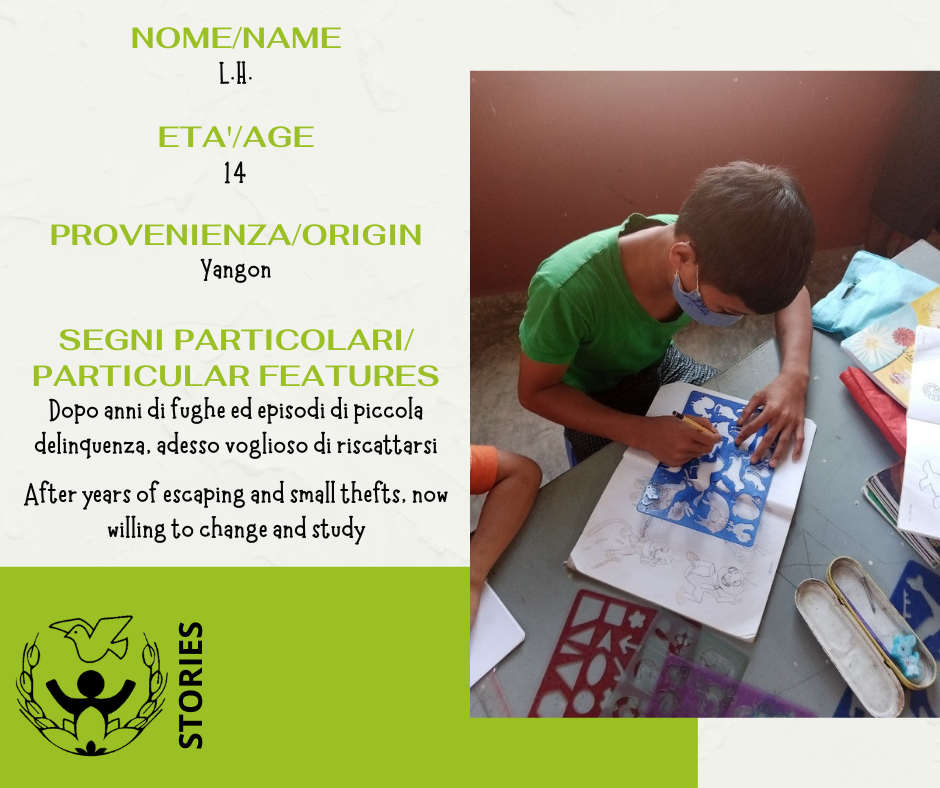 In just six months L.H. feels different. After years of escapes from three different schools due to a total lack of motivation to study, in the center Nghet Awe San he has found the right push to take his life into his own hands: now he wants to roll up his sleeves to become a successful businessman!

Where he comes from: second of six brothers, after losing his father when he was very young, he moved with his family and the stepfather to Htaut Kyant, Yangon. The often tense family atmosphere and lack of support by his parents led him to lose the desire to go to school, and he became silent and angry.

“I was never allowed to go out of the house and if there was anything to buy my mother would let my brother or sister out to get it. I was forced to stay at home because my mother was afraid I’d meet bad companies.”

The school before the NAS center: for total lack of interest L.H. begins to systematically run away from school. “The teacher made students learn everything by hearth and I was forced to do this too, I found it very difficult to follow the lessons in this way.” Thus, L.H. leaves school permanently and stays at home without studying or working at the age of 14.

The experience at NAS center:

Teacher: “How did you get to the NAS center?”

L.H.: “After leaving school I had nothing to do and I was obliged by my mother to stay in the house. One day I sneaked away and went back to the area where we lived before we moved. I was only 14 years old and there I met my friends who did bad things like kidnappings and thefts. During the night we used to wander in the streets and if there was a chance we would steal. One night we stole a cell phone and some money from a house. One of my friends was taken by the police and later the whole group was taken. After that, I was sent to this school with my friends”.

T: “What did you learn from the New Humanity school in the NAS center?”

L.H.: “I started studying at this school in June 2020. I’m happy to be here because it’s totally different from the other schools I’ve attended. I love participating in school activities such as learning corners, sports days and learning new things about the environment. I had never got a prize in my life but last semester I won an award for outstanding academic performance. My favorite subjects are English and Ecology. I’m not like before, I want to learn and finish what I start doing”.

T: “What are your future plans?”

L.H.: “After this academic year I’m going to attend a basic course for motorcycle mechanic, and then continue with the advanced level. I’m going to try to buy a new house and become a successful businessman”.

A lack of awareness of school and family educational methods led L. H. to face difficulties in orienting himself in his everyday life. Thanks to the education of the Nghet Awe San juvenile center, now he has another chance… and seems willing to spend it in the best of the ways!