LAND GRABBING IN MYANMAR, OUR AGRO-FORESTATION PROJECT AT THE SENATE 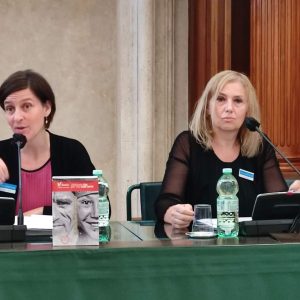 Last Tuesday, June the 28th, our desk officer Francesca Benigno explained the Myanmar case study during the seminar “Land owners” organized at the Council of the Italian Republic for the presentation of the V report about Land Grabbing in the world, edited by Focsiv.

After our participation in the campaign“Abbiamo riso per una cosa seria”  organized by Focsiv, thanks to which our volunteers sold rice to support our agro-forestation project in Shan State , Focsiv asked us to present our project during this seminar and asked also to explain the Myanmar’s land grabbing situation and what we are concretely doing to face this problem through our land tenure trainings.

It’s hard to evaluate the size of the land grabbing in Myanmar, as there aren’t reliable official data nor an official register of grabbed land. Nevertheless it’s sure that we are talking about millions of acres, and so about a phenomenon involving millions of people. Main estimations talk about numbers around 5 and 6 millions of grabbed acres, to which we should add all the lands left behind by the hundreds of thousands of displaced people who left their lands after the military coup and who are now occupied by the actual government.

Francesca exposed several very interesting data, without the chance to deepen them because of limited time of the intervention. Here you can find her speech reported by Mondo e Missione and at this link you can watch directly her intervention, since minute 52:00. 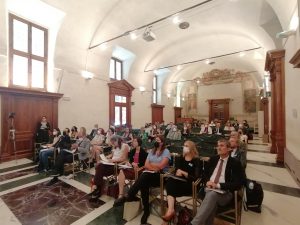 At the same link you can also see all other interventions, very interesting, among them we certainly want to point out the final intervention of don Bruno Bignami, who brought a very interesting interpretation of Land Grabbing as a sum of subtractions: of work, of biodiversity, of food and of community. He presented in this way this phenomenon as a part of a global socio-environmental crisis which cannot be faced without an “integrated ecological” approach.

We really appreciated his intervention because also our rural development projects aims to face the problem with the same approach: trying to fight at the same time both climate change and poverty of the farmers in Shan State. 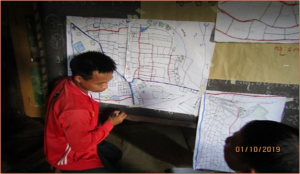 We therefore consider even more important our intervention in agricultural communities in Shan State, where all farmers who attend agricultural trainings also attend land tenure trainings. We started to organize this activity since 2018, because of a starting of law’s renovation. Our training usually starts then with a short introduction to the regulatory framework in Myanmar, in order to show to farmers different level of classification of the lands and laws which should protect them. After that we draw together a map of the village in order to define lands borders and to see to which classification they are included, identifying in this way their rights upon these lands. And finally we accompany them in the registration process.

The week before the seminar, our agronomist in Taunggyi visited a village tract who attended our training in 2020. It’s a community of about 203 households, almost all families incomes are from agriculture through the cultivation of corn, rice and beans. When we first met them nobody had a property document of their land, even though they all considered to be the owners only because these lands have been cultivated by their families since generations.  When they realized that without an official registration their lands were considered “unoccupied”, and so at risk of expropriation, they all wanted to start the registration process. It took a lot of time, more than a year to do all evaluations and verifications and finally complete the registration.

When our agronomist went there they told her that in previous months a company came to their village and asked to buy 80 acres of land for an intensive cultivation of corn. Community just ended registration process and, thanks to the property documents they had in their hands, they could refuse and preserve their lands. 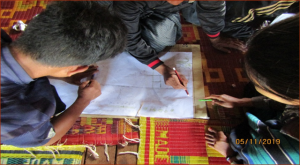 The witnessing of these farmers community was then really appreciated during the seminar, especially the words of one of the farmers, U lone Su, who said: “We refused their proposal and didn’t sell our land. This land has been cultivated by our families since generations, it belongs to us. The land, the soil, our natural resources are the most important things we have!”.

And exactly these are the words who could synthesize the report edited by Focsiv and the whole seminar’s meaning, which concluded exactly with this motto: “The land to whomever is cultivating it!”

We would therefore thank Francesca for presenting our work in an excellent way and our local staff who is carrying on with dedication and constancy, despite the difficult times, an extremely important work both on local level and on global level. 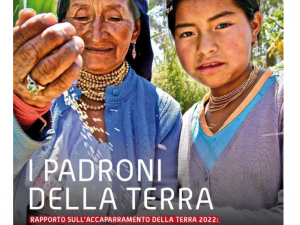