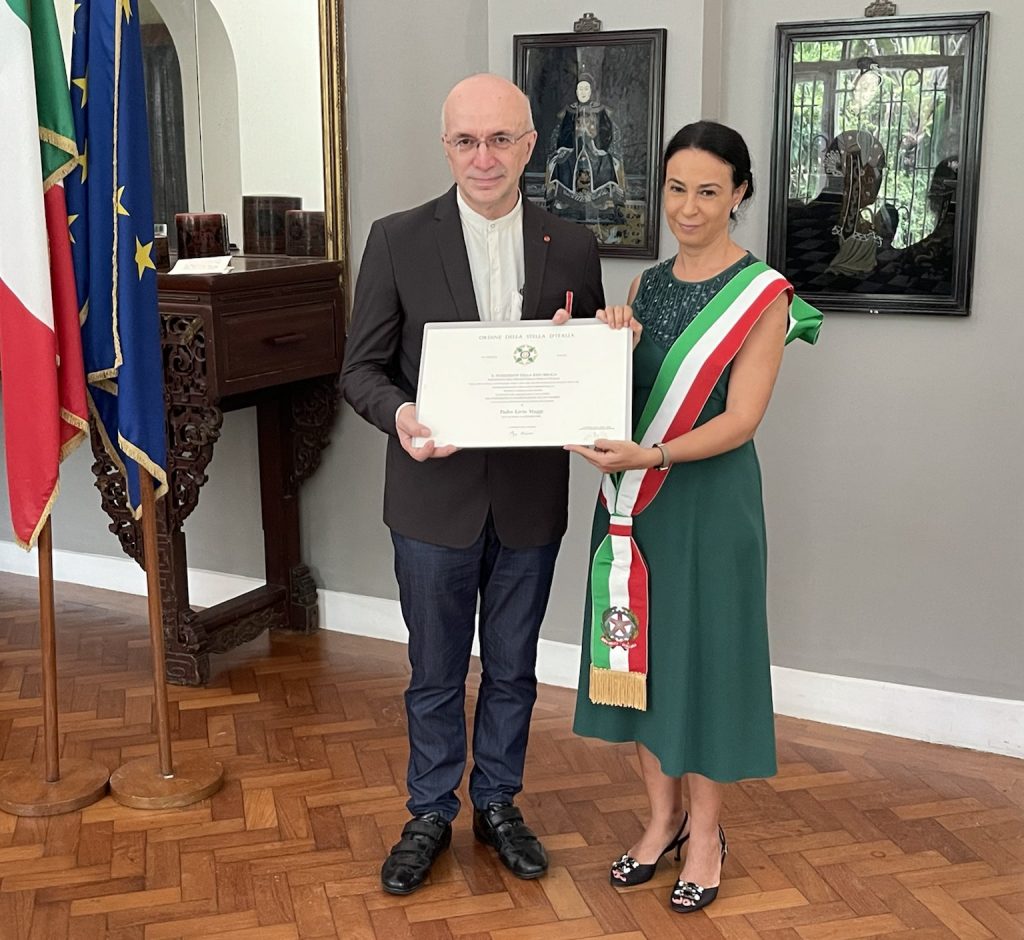 If June 28th, 2021 in the morning was a day like any other, it certainly had surprises in store that made it a memorable day for the history of New Humanity in Myanmar.

Yesterday in fact, our Country Director Livio Maggi was awarded the Honor of the Order of the Star of Italy, by the Italian Ambassador in Yangon, Alessandra Schiavo.

As the Ambassador recalled, the Order of the Star of Italy was established in 2011 to reward those who promote positive bilateral relations between Italy and the country in which they operate; it is for the simple and disinterested bonds of friendship that Livio Maggi has been awarded this Honor and for, quoting the Ambassador, “the simplicity  and concreteness with which you have – together with New Humanity  International –  realized many valuable initiatives, making use of every single Kyat of the funds you have raised”.

We cannot avoid to recall with pride a quote from Laozi that Ambassador Alessandra Schiavo reported in her speech yesterday: “Do not try to shine like jade; be as simple as stone.” It speaks of simple but concrete, transparent and selfless work, often done in silence but close to the Burmese people and close to those in need: close to many people we call friends today.

From Italy, Myanmar, Cameroon, friends and family gathered around the Embassy in Yangon to share this moment. Livio Maggi was the first Italian citizen in Myanmar to receive this recognition, which keeps alive the hope and the tireless and constant commitment of many who work every day to promote together with him this relationship of friendship and closeness with the Burmese people.

New Humanity International gathers to share the joy of its Country Director in Myanmar: the example he gave us and that yesterday was recognized with the Honor of the Order of the Star of Italy makes us sure to be guided in the right direction, towards a relationship of true friendship and collaboration with the Burmese people, which in its simplicity shines with authenticity.