TOGETHER FOR MYANMAR AT PIME CENTER IN MILAN 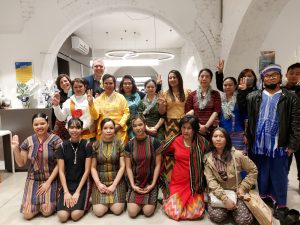 Last saturday, April the 9th, at PIME center in Milan we lived a day dedicated to Myanmar named “Together for Myanmar“. Participation has been higher than foreseen and Myanmar community was very happy and satisfied for the attention paid.

A lot of events have been organized. The first one was a laboratory for children organized by Popoli e Culture museum, the income of which was dedicated for the emergency fund for Myanmar. The second appointment, again for the little ones, has been organized by the education to globality office of PIME foundation and involved children in a story telling on a burmese tale written by the local organization

During these first appointments many people also attended the guided visits organized by the museum about Myanmar objects and culture. 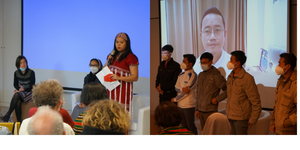 After that it was the time of a conference with the intervention of several witnesses from Myanmar, with the mediation of our Francesca Benigno: Yi Mon, who talked about her childhood and the wieght the politic had during her life; mother Regina, who told us her experience in Myanmar since 2020, and father Dominic, who talked about his run from Myanmar after the events of last february 2021. At the end of the conference we also had the chance to meet five seminarians who just came to PIME seminary to study. 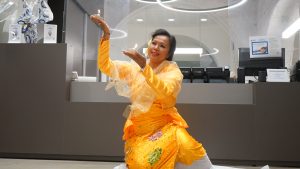 During the happy hour, with burmese and italian food, Myanmar community showed few local popular dances from Myanmar, with great enthusiasm of all people, more than 100 people attended this moment. 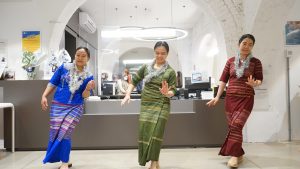 The evening closed with a full Cremonesi’s hall for the monologue about father Cremonesi’s life, an elaboration of his writings made by F. Tampieri with the music of C. Franco which trasnported us in the Burma of last century.

An intense day, with an extraordinary participation, to which we were really grateful and happy to participate.

Thanks to PIME center and to Myanmar community in Italy for making this possible!