A BIT OF HOPE FOR DISPLACED CHILDREN 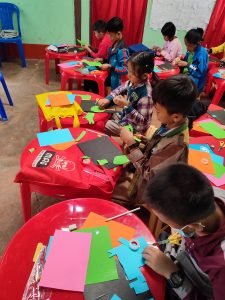 Since February 2022 until today 211 displaced children in Taunggyi had the chance to attenda school again and to re-gain a bit of hope. Here some updates from our project coordinator of “Do Giaong – Our School”.

“Initially established as a rehabilitation center for drug addicts and alcoholics, the House of Dreams  has opened its doors to families, youth and the elderly fleeing conflict zones or different kinds of persecution and oppression, since the beginning of the political situation following the coup d’état.

The first group of people arrived the second week of February 2021, and to date The House of Dreams has given hospitality to hundreds of people. Thanks to the refugee support campaign in Myanmar, we had the chance to reach out and give logistical, food, and health support to thousands of refugees scattered over a vast territory that touches at least four dioceses- Loikaw, Phekon, Taunggyi, Taungoo. 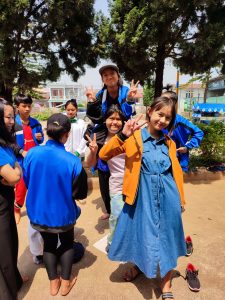 Around the end of December 2021, talking with the families in the house, an urgent need was raising: the large educational gap that has been created over the past two years, partly because of the pandemic. There are also other refugee shelters in the city neighborhood where The House of Dreams is located, so in a meeting between the heads of these centers, we made the decision to open a new educational space for school-aged boys and girls, all of whom are war-displaced.

Since then the number of students has gone up, and as of today 211 students are attending the school. 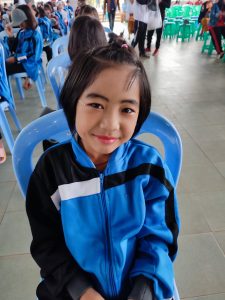 We began this journey without knowing whether we would be able and carry it out even for a few weeks, with the uncertainty of controls by the authorities currently in power, and without being able to predict which was the psychological condition of the boys and girls who asked to go on this journey with us.

The school’s goal is educational and rehabilitative in a very broad sense, our focus is first and foremost on discovering, listening to, and, as far as possible, healing different kinds of trauma that these boys and girls have gone through: assault by the military, violent death, abuses of various kinds. In the recent history and memory of these children and young people, there is a lot of violence suffered.

The formative tool that we wanted to emphasize is the relationship with the students. Our desire is to make children and young people feel the presence of non-threatening adults, adults they can trust, to whom they can entrust their history, their path, and thus reactivate a common path of rebuilding the future, or at least a desire for the future. 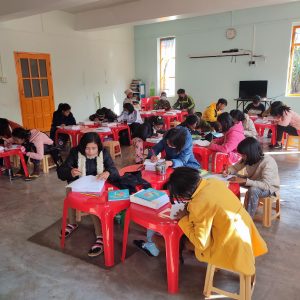 Through this formative and rehabilitative relationship, our lessons intend to foster shared feelings, to stable bonds among students, to reactivate motivational processes and light up a new positive imagination about the future.

Do Giaong is a challenge for everyone: for the students who attend it, for the teachers who walk with the children and youth, for the refugees who live in The House of Dreams.”

We truly thank all those who made this dream come true giving in this way a bit of hope to those children, we’ll keep you updated! 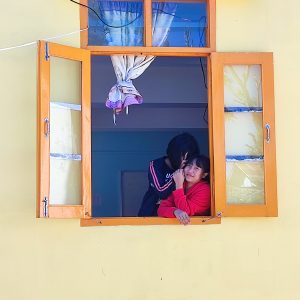